TweeterSpy – it's what Twitter Analytics and Bitly can't tell you 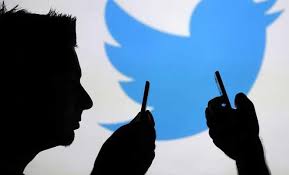 Since soft-launching a little over a week ago we have already counted over 1 MILLION click backs for the brands, companies and bloggers that are using TweeterSpy.

Let’s dive in a little deeper to show you what we mean. Twitter Analytics shows me how many clicks my tweet got.

Well, I already knew how many clicks my tweet got. Almost every analytics tool tell you this.

Look at this tweet from 500 Startups about a blog post on Markerly. Twitter Analytics is not able to show you how many clicks other people got. TweeterSpy can, and it doesn’t matter how the link is shared, whether it’s through buffer or google or bitly or a sharing widget. TweeterSpy is able to detect every click.

So what about bitly? Bitly can show you how many clicks other bitly links get, but it’s exclusive to their URL shortener. If you add a “+” to the end of any bitly link you can track the performance of it. Look at Mark Susters tweet below.

After adding a “+” to the end of the bitly URL, we can see how many clicks he got, and others that used his shortener got.

Without TweeterSpy, Mark has zero idea how many clicks other people bring him when they tweet about this blog.

Without TweeterSpy he isn’t able to identify influencers. What’s so powerful about TweeterSpy is that it is link agnostic. If it goes to your site, TweeterSpy knows.

With TweeterSpy you’ll see this – how well anyone’s tweets that link to your site perform.

We just released TweeterSpy and we’ll be adding pretty graphs for you soon too, but the most important thing is that we’ve figured out what no one else can. How many clicks other people’s tweets bring to your site.