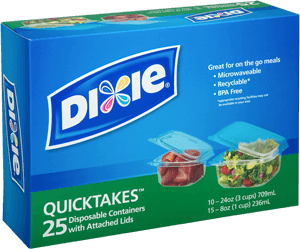 One of the most common questions asked of marketers and advertisers today is, “How do we make this go viral?”

Everyone wants to create a concept that catches like wildfire and spreads quickly to every end of the Earth, leaving no one in its’ path who hasn’t seen it.

So the real question that brands should be asking is, “How do we make this deliver viral results and also have a long shelf life?” The answer – evergreen content. Evergreen describes the forever-value of a piece of content (a blog post, a Tweet, a video) after it goes live. Evergreen content remains live indefinitely, is always accessible on the web, and stays relevant, so it will continue to generate results well into the future – particularly with digital marketing campaigns where influencers are activated within niche audiences.

See, when you’re building out your influencer marketing campaign, you WANT your content to live on forever online because the possibility for eternal engagement is real. You don’t want your message to flame out within days. So why not build a campaign that can continue to generate outstanding engagement for both the near and long term? If done correctly, evergreen content can be the best investment you ever make.

In 2014, we teamed with Dixie for a campaign to promote its new food storage product, QuickTakes. Dixie’s main focus for the campaign was to visually capture the frustration that comes with losing and misplacing the tops that go to storage containers, as well as the convenience that comes with containers that are cheap enough to be disposable yet sturdy enough to be cleaned in the dishwasher.

Our target audience segments included young professionals who chose the convenience of taking healthy lunches to work and disposing of the container and moms who showed how easy it was to share leftovers and baked goods without worrying about having to get their containers back.

We worked with influencers who had blogs and strong social followings – particularly with Pinterest – to create evergreen content that would continue to drive sales well beyond the original campaign completion date. These posts can be reread, shared, and re-Pinned forever.

The results were tremendous – $1 million+ in media value, a return of 100x on the original campaign forecast.

What’s most apparent is how the content has continued to resonate in the time passed since the campaign. Look at the chart below – since the initial campaign in 2014, blog reads are up 7x and Pins are up 6x. The evergreen content we created continues to engage consumers at high rates even after the completion of the campaign two years ago.

That is the power of evergreen. To read the full case study of our campaign with Dixie, click here.