Are You Suffering From Goldilocks Syndrome? 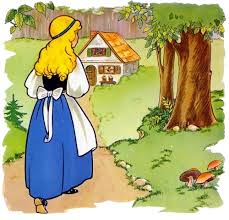 Women in startup-land face a catch-22 that I like to call “Goldilocks Syndrome.” It goes like this: As a woman, you’re never going to get to the top if you’re too busy wondering whether or not your porridge is too hot or too cold. Yet, no matter how high you get, you’ll never run out of people happy to take its temperature for you.

Despite the cute name, Goldilocks Syndrome is very real, and it’s one of the biggest disadvantages that women face in business today. There are more resources available to women in business than ever before, like female-centric coding schools, accelerators and events, but none of them change the fundamental issue, which is how unfairly women are judged.

Even if we have the confidence to know when our porridge is “just right,” what we feel – and exhibit – is not always how others perceive us. This emotional dissonance can put women behind with fundraising, business deals, networking and other opportunities.

Here are five of the most common triggers of Goldilocks Syndrome that I’ve seen this past year, and what to do when you find yourself confronted by them:

Tip: It’s okay to be competitive. It’s lonely at the top, and you can’t please everyone. If you are more of a thinker, play up that asset. Challenge others with your intelligence by sharing your thoughts and thoroughly analyzing different scenarios.

Tip: If empathy is part of who you are, embrace it and use it to your advantage. Clients and employees will appreciate feeling heard and enjoy your attention to detail. If you’re more closed off professionally, own that too. So what if people are scared of you? Above all, don’t second-guess yourself.

Tip: When was the last time a man got judged for having — or not having — children? Never. Anyone who thinks that you will not be able to do your job as well if you have a child is sexist, plain and simple. Your personal choices are not an acceptable topic of work-related conversation — and you are allowed to make that clear.

Tip: Yes, women can do anything, but the truth is that it’s just a little bit harder. Some people won’t like that I wrote this article — and that’s okay. If everyone was always satisfied and agreed on everything, then this world would be a pretty boring place — and startups probably wouldn’t exist. Besides, since I’m a woman, I know I’m right anyway. (Kidding!)

Tip: One of the first things you’ll learn in startup-land is that people are very opinionated. When I say very, I mean it! In particular, people say things on social media that they would never say to your face, and that can feel intimidating at first. Don’t worry, you’ll get used to it. For every naysayer in startup-land, there’s another awesome individual that’s eager to help out. It balances out — trust me. After all, we’re all here because we’re so opinionated we decided we should just start our own companies.

All in all, the double-standard won’t disappear overnight. My hope is that we all think twice about how we treat others, so that we can work towards curing Goldilocks Syndrome for future generations of female entrepreneurs together.

Now, about those bears…