Most Popular Quotes of the Week 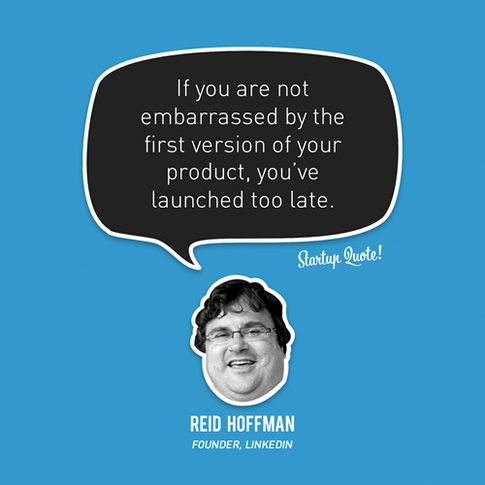 In case you’re wondering what the most popular quotes are that readers are engaging with…we have this weeks list! These are the quotes that readers are copying, sharing, and searching the most!

“Heinz changed the color of their signature ketchup from red to green and sold over 10 million bottles in the first 7 months, resulting in $23 million in sales.” – Kissmetrics, How Colors Affect Conversions

“If You’re Not Embarrassed by your First Launch, You’ve Launched Too Late” – Reid Hoffman, Kissmetrics

“Love is always bestowed as a gift – freely, willingly and without expectation. We don’t love to be loved; we love to love. ~Leo Buscaglia” – PurposeFairy

“The average American retires with less than $70,000 in savings, but an elderly man and woman receive about $275,000 in medical care during that time — and you kids are paying for it by inheriting trillions upon trillions in Medicare bills that granny and grandpa never intended to pay and will be too dead to worry about soon.” – Pando Daily

“10-15 startups a year generate 97% of the returns in tech, and each one seems like a crazy exception.” – Andrew Chen

“Recently, MessageMe announced it had grown to 1 million users in a little over a week’s time. The revelation captured the attention of envious app makers throughout Silicon Valley, all of whom are searching for the secrets of customer acquisition like it’s the fountain of youth. ”  – Nir Eyal

“The more I considered my former student’s questions, the luckier I felt to have squeezed through the door before it closed. But it also made me feel old, not in the swing of things, engaged in a way of life that is fast becoming obsolete.” – The American Scholar

“I’ve recently been asking my Twitter followers to add me on Snapchat, so I can build up a bigger addressbook there and have a more engaging experience.” – Andrew Chen

“There are two synergistic approaches for increasing productivity that are inversions of one another:

“You have one life – this one right now – you must live it, own it, and especially don’t let other people’s opinions distract you from your path. – Luminita Saviuc

“Instead of attempting to support every platform out of the gate, focus on one platform. Use it as an opportunity to learn about what works and resonates with your customer base. If you absolutely must release on multiple platforms, employ a cross-platform programming language that assists in the delivery of native apps for multiple environments.” – Kissmetrics, 5 Biggest Mistakes in Mobile App Marketing